Cut flower cultivation in the soil presents a number of challenges. Plant health, water and environmental aspects, energy consumption and cultivation optimisation are just a few of them. Reason for ErfGoed to look for an all-round solution together with a number of partners, including Van der Knaap. After previous trials with Chrysanthemums a follow-up trial with Lisianthus took place this summer in the ErfGoed testing facility in Moerkapelle. 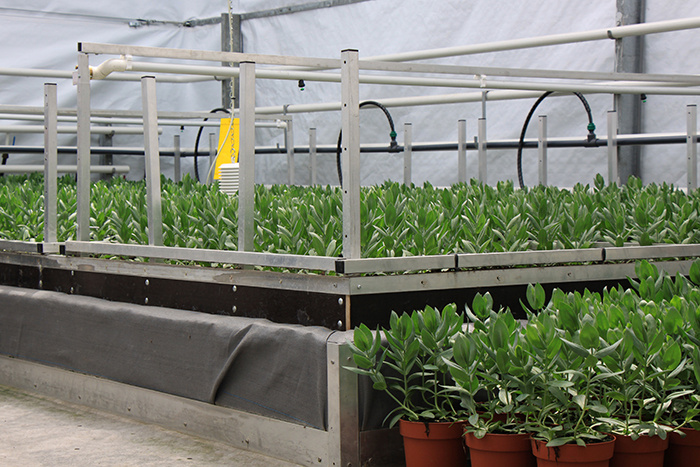 The aim of these trials was to grow cut flowers that are normally grown in the soil, with an ErfGoed system. The advantage of ErfGoedFloor with an ebb and flow system is that water rises simultaneously from below. This allows the grower to continue irrigation, even when the flowers are close to being harvested. The crop itself remains dry, which is a plus in cut flower cultivation.

For substrate ErfGoed turned to Van der Knaap. With the expertise that we have as a substrate manufacturer, we can offer an excellent choice of various customised solutions. Our horticultural advisors also have practical knowledge of various crops, with which they can advise on the optimal cultivation conditions.

A layer of approximately 20 cm of soil was applied on top of the ErfGoedFloor. In this trial, ErfGoed experimented with various substrates in collaboration with Van der Knaap. Two traditional substrates from practice, one substrate from practice with additional coco peat mixed in and a new, specially developed Lisianthus substrate. This sustainable substrate is based on coco peat, which has an open structure and is therefore suitable for multi-year use. 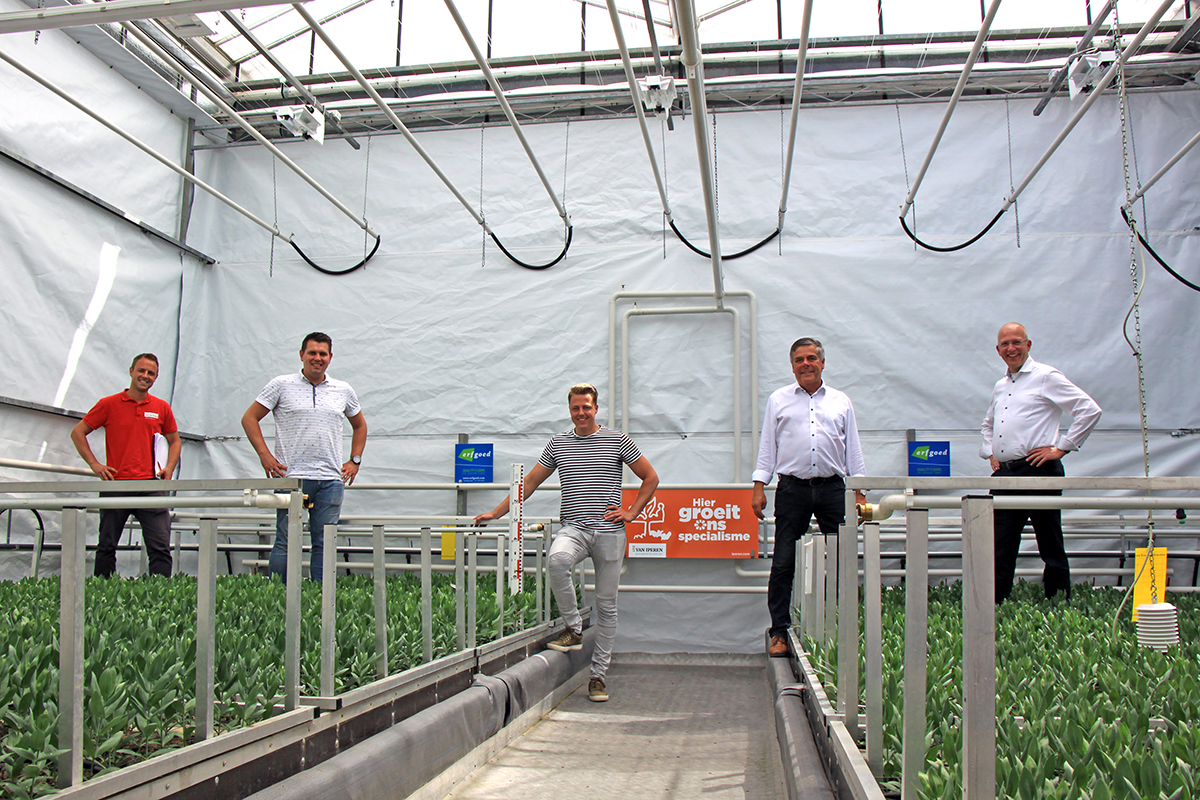 There was very low failure rate on all substrates; maximum 1%. In practice, this figure can rise to approximately 20%. On the specially developed coco substrate only one branch was rejected; a score of 0.1%.

The substrate from practice with the added coco peat had the best total score. On this substrate, the plants developed the heaviest branches and it also scored high on the number of open and closed flowers. The added coco ensures a good and uniform moisture distribution.

During the trial it became clear that the sustainable Lisianthus substrate has more moisture available for the plant compared to the other substrates. This makes it possible to add more nutrition, which was optimised step-by-step during the trial. The moisture buffer in the coco fibres makes the substrate more manageable.

According to Cock van Bommel, Business Development Manager at ErfGoed, it is clear that the ErfGoedFloor in combination with a high-quality (coco) substrate provides an excellent basis for the cultivation of cut flowers. Due to the upward and downward water flow of the ebb and flow system, the substrate does not dry out and the water intake remains constant during cultivation. This makes the cultivation process easy to control, especially in the field of fertilisation and irrigation.