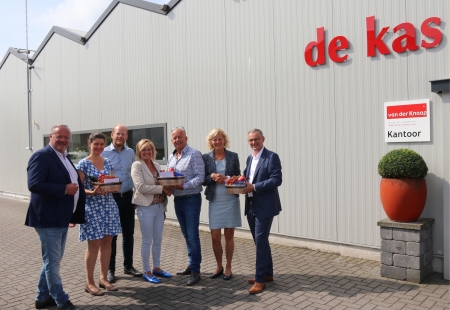 Board members Ron van der Knaap, Perry van der Knaap and John van Adrichem gave them a tour of the 'De Kas' innovation centre in Honselersdijk and the rooting media production company in Kwintsheul. They explained which types of research are carried out at this location, and the group took a look inside the test greenhouses. The Van der Knaap Group's latest innovations are tested here, such as the sustainable growing system that enables above-ground organic cultivation in substrate. The company's further developments were also discussed, as well as the way the municipality can help to facilitate them.

Influence of substrate on shelf life of Phalaenopsis