Last Friday the Hillenraad100 was announced during the annual HortiGala, which took place in the Ridderzaal (The Hague) this year. The list consists of the 100 leading companies in the Dutch horticultural sector. Van der Knaap Group finished number 28 this year. An increase of no less than 29 places compared to the previous edition! 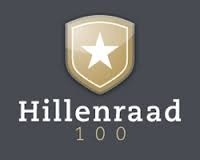 “Van der Knaap Group is a steady company that provides its customers with added value in research and development. They were right: sustainability and organic growing are the future.”, according to the jury. The clear focus of the company on organic cultivation, integrated chain management and offering complete solutions were also positively assessed.

“This Westland company cherishes its role as the pivot in creating the right breeding ground. By providing complete solutions for the rooting and growth of cuttings and seeds, Van der Knaap Group is involved in the whole process, from raw material to end product. Integral chain control is part of the core of the strategy for a reason. The business has a clear focus: sustainable products and innovative growing systems for the organic growing of vegetables in particular. Naturally, the Van der Knaap Group also wants to benefit from the quickly growing international market for controlled cultivation and is a very important supplier for the soft fruit and floriculture industries.

These coconut enthusiasts choose growth in carefully selected countries where the group possesses production locations. These are spread across the world, so that the group is less dependent on weather influences. To improve the steerability and flexibility of the organisation, Van der Knaap Group decided to go for a business unit structure in recent years. Van der Knaap Group is a steady company that provides its customers with added value in research and development. They were right: sustainability and organic growing are the future. Van der Knaap Group can play a big role in the scalability of these products.”