Van der Knaap has developed a sustainable cultivation system in order to cultivate organically without using the soil. After several years of testing, the organic nutritional solution is now available to growers. 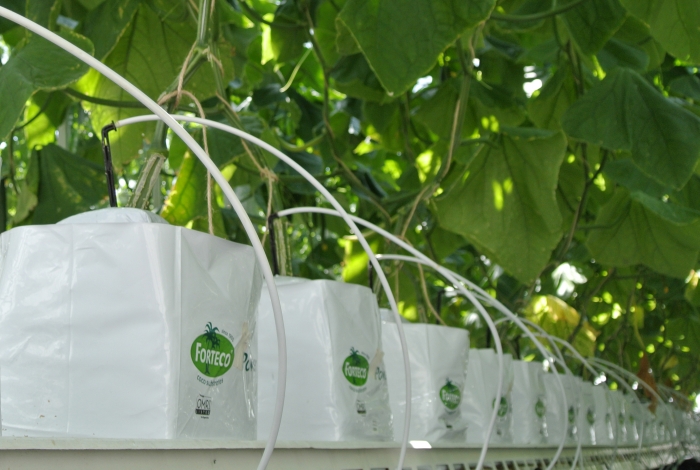 In recent years, Van der Knaap’s R&D team has been focussing on developing a bioreactor that converts protein into nitrate nitrogen (NO3--N). The nutrient solution produced with the reactor is free of organic residues, fungi and bacteria.

In the bioreactor that Van der Knaap developed, residual protein and amino acids are converted into nitrate nitrogen (NO3--N) by using specific bacteria. In crops cultivated in the soil, the soil bacteria convert nitrogen into nitrogen that can be absorbed by the plant. However, there is often insufficient nitrogen available when the plant needs it or too much when the plant does not need it. With the nutrient solution the bioreactor produces, drippers can deliver exactly the right amount of nitrogen. This facilitates precise controlling. 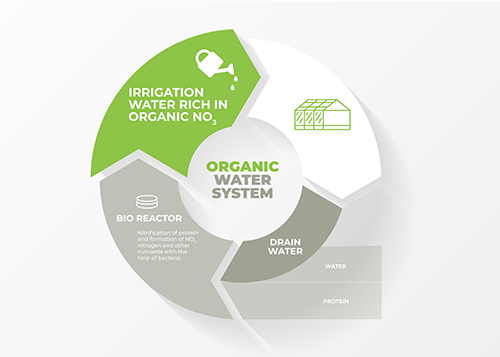 In North America and Canada, the organic nutrient solution system is now being used satisfactorily by several organic vegetable growers. European law is different, however. Products that are grown in this way are not considered organic, despite the advantages of growing on substrate. With cultivation in the soil, there is always emission of water and nutrients into the soil. With cultivation on substrate, everything can be collected and reused and the yield is generally much higher.

Over the past two years, we have grown a variety of vegetable crops, soft fruit and lettuce in our test centre ‘de Kas’ using the common cultivation method, but with organic nutrients from the bioreactor. In addition, we researched the influence these nutrients had on substances and taste. Do you want to know more about our findings? Take a look at our newsletter: GrowHow!

For more information about the cultivation system or about the trials in ‘de Kas’, please contact the Research & Development department via rd@vanderknaap.info or +31 (0) 174-296606.